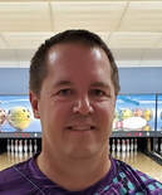 Rob Downer won his third title of the season and 23rd career title.
He defeated Mike Wirz 231 to 182.

Wayne Jensen, seeded 3rd, marched through 3 very tough opponents in the ladder to win his first Title in only his 2nd MSC tournament. He edged Terry Halida 236 to 235 in the title game.
42 players

Rob Downer continued his domination of the MSC by defeating Tom Corbett to win his 22nd title.
45 Players


Dave Oulman defeated  John Hommes to win his 3rd title of the season and 4th MSC title. He clinched Player of the Year  with this win. 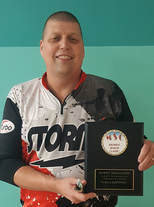 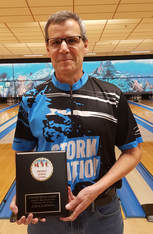 Larry Birkedahl, the qualifying leader, held off challenger, Randy Gerdes, 207 to 205, to win his 2nd Title.

Rob Downer stretched his winning streak to 4 consecutive tournaments, as he won the initial tournament of the 2018-2019 season.  He  defeated qualifying leader, Ed Peterson, 258 to 193.

Cedarvale Lanes
Jim Lindquist Memorial Tournament
May 20, 2018
Rob Downer defeated  Tom Jones, the qualifying leader, to win the year end tournament. This win is his 3rd consecutive monthly win and his 5th of the season.

Dana Wright was the qualifying leader and defended that position by defeating
challenger Rob Downer, 222 to 217, to win his first title.

Ed Peterson was the number one seed, defeated Rob Downer in a close match
to win his first MSC Title.  Match score was 218 to 212 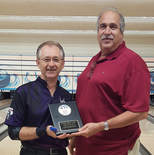 ​Rob Downer defeated Tournament Leader, Mike Wirz,  258 to 217, to win the first event of the new season. This is his 13th title.

Ron Cleveland defeated tournament leader Larry Birkedahl, 212 to 195, to win his 5th title and winning the year end for the 2nd time.

Mike Wirz was the qualifying leader and defeated challenger Rob Downer, 267 to 257, to win his 8th MSC title.

Ron Cleveland, as the tournament leader, turned back Dave Ohlman,
203 to 200, to win his 4th MSC title.
34 players 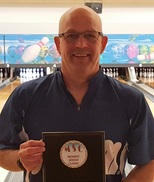 
Mike Wirz, tournament leader,  defeated Craig Schiffler,  227 to 211, to win his 2nd title of the season. This was his 7th title.


34 players participated with a season high field average  of 216 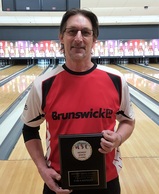 
Terry Halida made it two titles in a row with a close victory over qualifying leader Mike Wirz, 225 to 217.

Ron Cleveland was the qualifying leader and proceeded to turn back challenger, Gary Green, 222 to 212, for his first MSC title.

37 players participated in this event, averaging 201

Andover Lanes Results
Carl Hendrickson, seeded into the ladder, ran the ladder to win his second title. He becomes the second oldest player and first "ROG" to win an MSC.

He defeated tournament leader, John Hommes,  in  the title game.
45 players took part in this event.


51 players participated in the first tournament of the new year. The field averaged 221.

Mike Wirz, the leading qualifier, defeated Rob Downer, to win his 5th MSC title. Wirz struck out in the 10th to force Downer to double in the 10th. Downer got the 1st one.


Sam Lantto defeated John Hommes  to win his first MSC title.
Sam was the qualifying leader, averaging 250 for the 8 games.

For video of the title game and the prize list, go to Monthly Winners, June.
New  for the 2014 -2015 season
1: The number of required tournaments for the year end tournament has been reduced from       4 to 3.
2: Only the top 5 qualifiers will make the stepladder along with the necessary seeds.
3: High games out of the money will be eliminated. Instead the money will be awarded to
players bumped from the natural prize list. The award will be $40 credits toward an    entry into a  future tournament.
4: Players bumped from the prize list will be awarded player of the year points.
5: A 75 and older age bracket will be created. This bracket will pay 1 for 2. For ladder                seeding purposes, this bracket will fall into the 70 to 74 bracket.


Craig Schiffler defeated qualifying leader, Rob Downer, 245 to 212 to win his second title of the season. This was his third MSC title.


For video of the title match, go to May Monthly Winners.


Clark Poelzer qualified in sixth and moved up the stepladder to meet Craig Schiffler, the qualifying leader. In a close match, Clark  edged Craig to win his 16th MSC title.


For Video of title match, go to April Monthly Winners